The parade of misogynistic twits is live now!

I love waking up to a slew of comments about how repulsive I am. It always means some MRA has linked to me so he and his buddies can pat themselves on the back, and that’s exactly what happened. The author of the post I eviscerated yesterday tweeted this this morning:

The link comes here, which features this profile picture (for the weak of stomach, avert your eyes!). 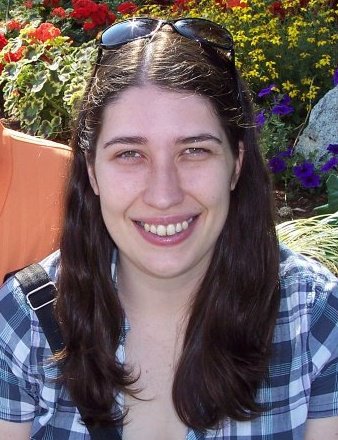 And boy, I guess I’m just so hideous that I make misogynistic eyes bleed or something: 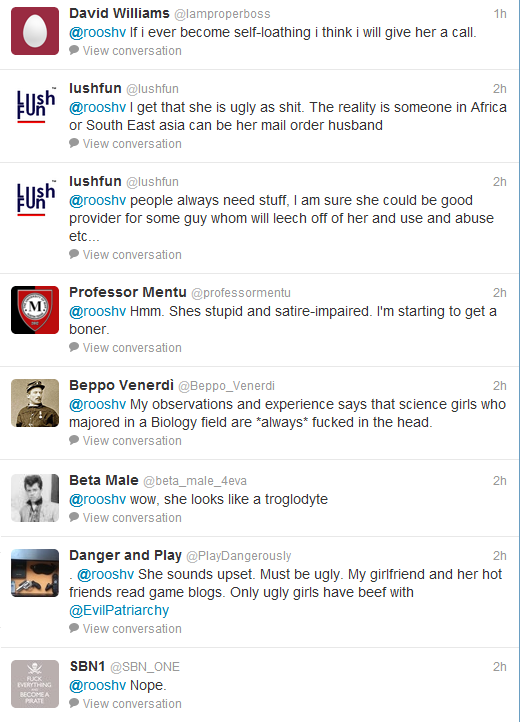 Because, you know, my life revolves around attracting and pleasing clueless misogynistic fuckwits. Oh wait, it doesn’t.

Some of his supporters have decided to dive into the comments to offer wisdom that just can’t be constrained to 140 characters. Like AnonJon:

You do realize that only Men can determine what is sexy to them?

No matter of projecting from females on to males of what females think men SHOULD find sexy will have any impact.

The biggest problem of feminism has been this very notion.  That females try to decide for men what they should find arousing.

it just doesn’t work that way

You do realize my sole purpose in life isn’t to worry about what men find sexy, and that many men don’t agree with you that educated women are repulsive, right?

Here’s Zorro to the rescue with more stupidity:

Female college professors all stink like yeast and tuna. Everybody knows that!

This dumb broad should learn how to make a sandwich and STFU.

To be fair, S. cerevisiae culturing can smell kind of weird. But I have a feeling that’s not what he’s talking about.

Attractive and happy women have no use for feminism.

And because he says so, it’s true. Or something.

Your overall level of physical attractiveness (negative 10, if your photo is anything to go by) is enough to keep self-respecting, non-totally-desperate men away from you. Misogynistic or not. Your level of education has nothing to do with it.

I know it’s useless to say it to a feminist, but… get real.

I’m just so hideous, I am a negative 10. Not a zero. I’ve broken the scale. Damn. Do I get a gold medal for that? Is there an Olympic Sport for Repulsing Assholes?

I really don’t get why these people think I care. I would never date anyone who thought women must spend all their time and effort on being “attractive” to men. I put “attractive” in scare quotes because these guys fail to realize that not all men agree with them on what’s sexy, which was kind of the point of my last post. I dress and look how I want to dress and look, and I only date people who are okay with that. But apparently this makes my boyfriend a “latent homosexual” because he doesn’t follow their ideals of what’s sexy.

I know when I point out trollish behavior I’m receiving, a lot of people like to run to the rescue and say how attractive they find me. One, if you think what you’re going to say might come off as creepy, then just don’t say it:

I feel immature sharing this information, but given the context I hope you find it amusing rather than creepy.  I developed a mild erection while reading your list of “masculine” traits and thinking about your potential as a girlfriend.  What can I say?  I like nerdy, laid-back, slightly chubby women.  (I am aware you are taken and live far away, but it’s a mostly involuntary response.)

I think this is the definition of TMI.

Two, the point of these posts aren’t for people to swoop in and heal my bruised ego by telling me how hot I am. My ego isn’t bruised – I love laughing at these nitwits. But the point is my attractiveness shouldn’t matter. Even if I was a negative 10, my appearance has nothing to do with the content of my arguments. But notice these guys never actually addressed what I wrote. When you don’t have an argument to make, you have to resort to pot shots about appearance as a desperate attempt to take someone down. Too bad they just make me giggle instead.