Geek Girl Con was a blast

This is only the second year for the completely volunteer-run Geek Girl Con, and I had a great time. There’s something liberating about going to a geeky con that recognizes your existence in its programming and its demographics. It actually feels strange for me to walk around a geeky con being part of the majority gender – a strange sense of security knowing that my odds of being randomly harassed or creeped on are greatly decreased. The most interesting part was probably listening to Anita Sarkeesian talk about the awful flood of harassment, rape threats, and death threats she has received…all because she made a Kickstarter to examine gender stereotypes in video games. I loved meeting random blog readers – thanks for saying hi!

I bought this delightfully geeky skirt from a blog reader, Tea Time Inc. 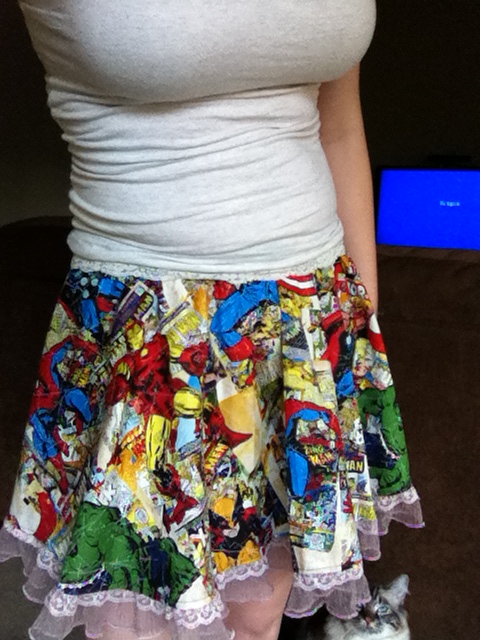 I also bought some artwork from The Gorgonist Illustration: 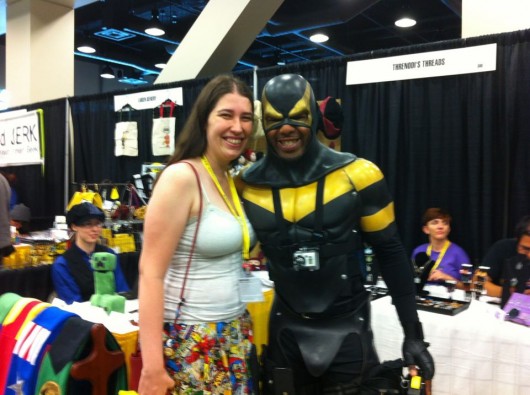 And this little girl’s costume had to be my favorite: