“Do women have too many rights?”

How I wish that question was abruptly followed by laughter or “NO.” But alas, it’s not. It’s a title of a talk being given here at the University of Washington on Thursday by anti-choicer Abby Johnson. 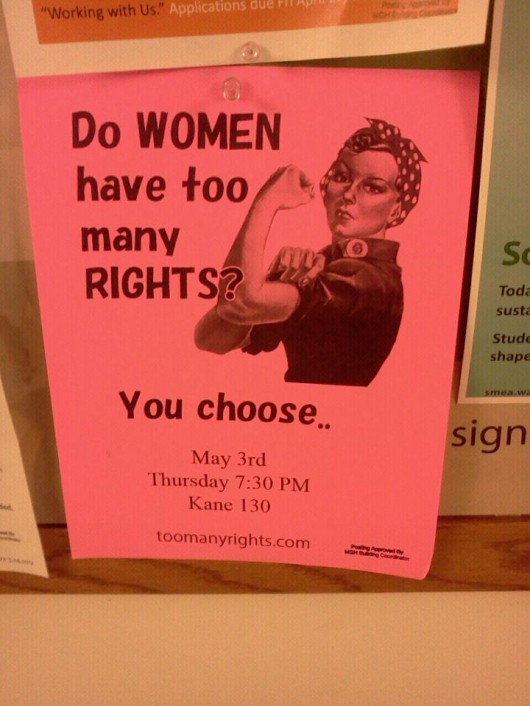 Yes, I do choose. I choose the answer “No.” I choose putting a woman’s right to control decisions about her own body before a clump of cells. I choose letting women make their own choices, instead of forcing my personal beliefs on them.

I guess I’ve naively been thinking that I’ve escaped this sort of stuff, but I was wrong. What’s worse is this isn’t a tiny event. That room in Kane Hall is one of the biggest venues on campus. And Abby Johnson is one of the worst anti-choicers out there. She used to work at Planned Parenthood and uses outrageous stories from her time there to explain her stance…outrageously fabricated stories. I guess her superior morals don’t cover the whole “no lying” bit.

If you’re interested, some cranky baby killing feminists will be protesting her talk. I’m not sure if my blood pressure can stand the whole thing. Anything with the trolltastic title “Do women have too many rights?” is destined to be enraging and pointless.