Hello there! Welcome to the world of Pokémon! My name is Jen! People call me the Pokémon Grad Student!

…Okay, I don’t think anyone has actually called me the Pokémon Grad Student. But I’m a PhD candidate studying evolution and genomics who has been playing Pokémon since its release in 1998. My friend showed me his Red version, and soon after I owned my first video game – Pokémon Blue. I’ve been hooked since then.

As I progressed through my training as a biologist, I started to look at the Pokémon world in a new light. At first, it was irritation. Everything seemed wrong. They confused metamorphosis for evolution. Breeding didn’t make any sense – different Pokémon species could interbreed, but the offspring were always the same species as mom. Gender ratios didn’t reflect biological mechanisms, but rather a game designer’s attempt to keep certain Pokémon rare. Why, it was if they were trying to design a fun game with no regard to biological accuracy 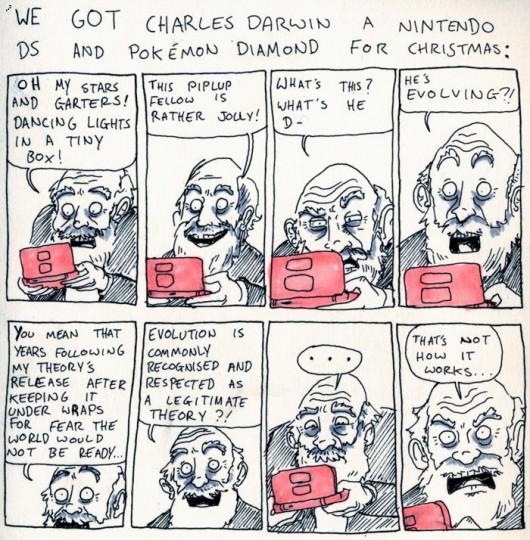 But as I learned more biology, I started to realize nature isn’t as simple as it seems. There are all sorts of strange biological phenomena that result in counter-intuitive mechanisms, traits, and organisms. Nature is really, really weird. So I started viewing the Pokémon world as a puzzle. If I were Professor Oak, what experiments would I be doing? Are there any natural processes in the real world that could explain Pokémon biology?

Some of you must be thinking, “Jen, it’s just a game. It’s not supposed to make sense. Chill.” I know, I know. I don’t expect all games to be 100% scientifically accurate at the expense of fun. But I like daydreaming about how the biology of Pokémon could “work.” It’s as if I’ve discovered a whole planet of alien life to study, and what biologist wouldn’t want that?

But more importantly, I see the Pokémon world as a great way to teach people about actual biology. And I’m hardly the first person to think this – the creator of Pokémon originally conceived of the game as a way to share his childhood hobby of collecting insects with the children of a modern, urbanized Japan. But I’ll be discussing what I know best: evolution and genomics. How do Pokémon species differ from species here on Earth? What does genomic imprinting have to do with breeding? Can an organism like Eevee actually exist? I’ll be exploring these topics in future PokéBiology 101 posts.

Now, there are some things in the Pokémon Universe that are above my pay grade. I’m not even going to attempt to explain how a tiny mouse generates thunderstorms or how some Pokémon have psychic abilities. I have no clue how a Pokéball can transform Pokémon into pure energy and back again (maybe a bored Physics grad student can hazard a guess). And there’s certainly no explanation for how Onix, a ground/rock type, suddenly becomes vulnerable to electric attacks because a sprinkler system came on (yes, I am still bitter about that episode). 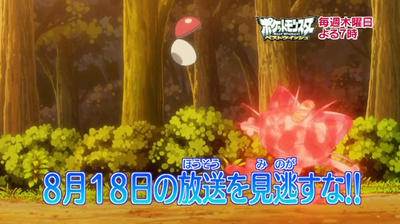 I have no idea how this works.

For all of those things, I’m willing to suspend disbelief. But when it comes to the biology of the Pokémon world, I’ve found it’s not necessary to invoke “magic!” as an explanation. Because oddly enough, that bizarre biology is already happening here on earth.

Next in series: “Evolution” and the enigma of Eevee