Why my building has key cards 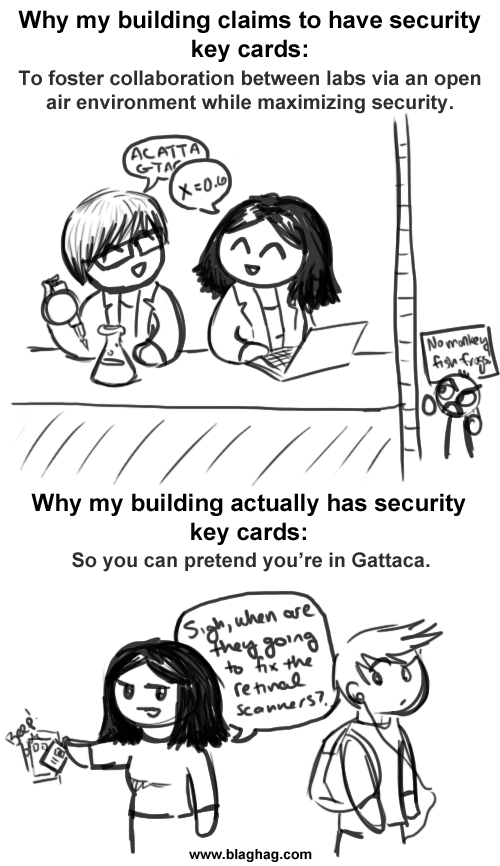 Now I just need to figure out how to make the doors say “Good morning, Ms. McCreight” instead of “Beep.” Then I’ll really be living in a sci-fi movie.

(Alternate reason why my building has key cards: To keep the undergrads out. I like my reason better.)

EDIT: I originally had pi = 0.6 because my project is currently looking at heterozygosity in humans, which is represented by pi, but I realized the inevitable nerd rage I would invoke when people would think I was too stupid to realize pi (approximately) = 3.14. So x it is.

…I have become too nerdy to make nerdy jokes, gah.