I’ve never been more glad that I’m getting my PhD. Apparently it’s a great way to keep away misogynistic idiots who think educated women decrease men’s happiness because they aren’t sexy. Because you know, fuck becoming educated and pursuing a career you’re passionate about – you should be acting sexy for some guy! Sorry lesbians and bisexuals, you don’t count. I know it sounds like nonsense, but he has a GRAPH!

Can’t argue with something made in Excel! How did he come up with this highly scientific, objective measurement of femininity and education?

A good test to see if a girl is over-educated is to add the word “sexy” before her job title. If the resulting phrase ignites arousing images in your head, then she’ll most likely have what it takes to satisfy you.

Sexy Waitress? Unf. Sexy Professor? Get the barf bag. I guess this explains why you never hear about Sexy Librarians or Sexy Nurses, and why nerdy girls universally repulse guys on the internet. …Wait.

Anything beyond a bachelors at a public university is a near guarantee she’ll possess a large basket of masculine traits that will prevent boners.

I’m getting nervous at this point. Why, I’m pursuing something beyond a bachelor’s! Though at least I’ve never attended a private, elitist, feminazi university. What terrible masculine traits have I been subjecting my boyfriend to?

2. They’re constantly glued to their phone. (Only men are allowed to do this)

5. They think being funny and witty is a quality that men love. (We all know women can’t be funny, right?!)

8. They wear flip-flops even when they’re not at the beach, pool, or in their house. (Comfort be damned, you should constantly be subjected to only the highest of heels!)

9. They have condoms in their drawers because they expect to have random sex with strange men. (I’m such a slut, using condoms)

10. They cannot dance. They also do not know how to sing or play basic musical instruments. (Doing the “shopping cart” counts as a dance move, right?)

12. They acquire pets instead of putting effort into landing a quality man. (I do have more photos of Pixel on my phone than my boyfriend…) 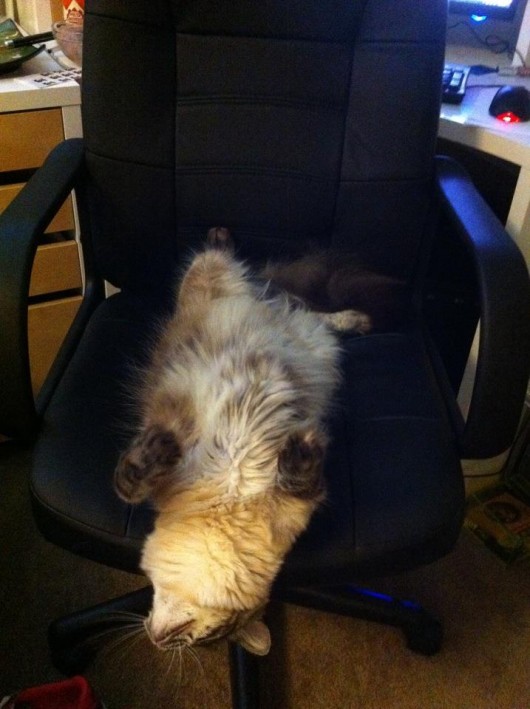 18. Their idea of travel is going to the beach or France. (Paris was awesome!)

24. They make lame excuses for not putting effort into their appearance. (Like “I look fine without makeup and don’t care enough to put forth the time or effort.” LAME!)

25. They obsess about the environment above what is reasonable, even though they pollute more than 90% of people in the world. (#1 pollutant is apparently the rays of masculinity I’m exuding)

33. They insist on eating pizza or otherwise fattening food after a night of binge drinking. (I guess only guys are allowed to fulfill their late night munchies with some nice biscuits and gravy or a Seattle Dog (hot dog with cream cheese and sautéed onions, mmmm))

35. They care more about maintaining their career than a good home. (Pay no attention to the mounds of dirty dishes and laundry)

36. They rarely wear high heels. (Because I don’t own any) 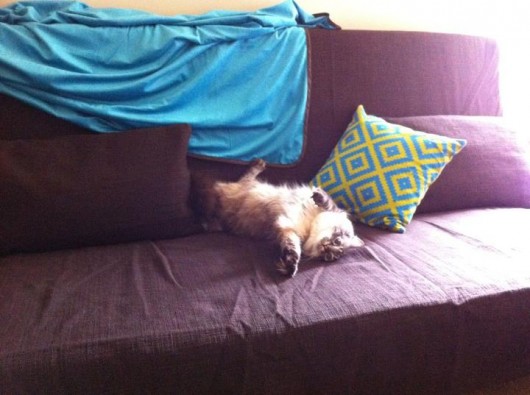 42. They go on and on about the stupidest shit. (Well, I am a blogger)

That’s only 15 out of 42, which is probably around the Average Masculinity Unit for 3rd year graduate students. By the time I’ve graduated, I’ll probably have picked up a few more terrible traits, like getting acne and watching too much tv.

But this is the money quote for me:

Unless you’re a latent homosexual, you won’t get many benefits from a relationship with a woman on the right side of the chart.

Wow, I never knew my current boyfriend and all of my exes were secretly latent homosexuals! Apparently it’s easy to confuse “latent homosexuality” with “not being an idiotic misogynistic jackass.”