On the Friday after my photoshoot I decided to hit up a couple New York museums. First I headed over to the Museum of Sex, which a bunch of my readers suggested to me. Man, I have no idea why you guys thought I would want to go to this place. Do I look like some sex obsessed biologist to you? 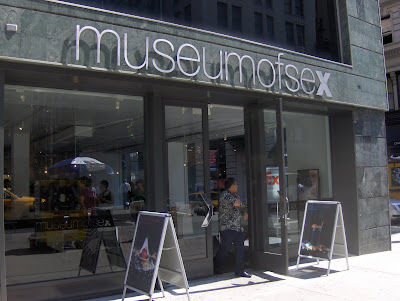 I actually had a great time and it even inspired me to order a few toys online (discover more here) once I got back to the hotel. The day was liberating and exciting! The gift shop alone was worth the visit. It included everything from sex books and sex toys, to sex themed plates to sex swings and even the bunny bondage mask pictured below. When it comes to sex toys, I know that a lot of my friends like to purchase their adult toys from websites like Saucy Boutique, but I will definitely be telling them to give this shop a visit. There was so much choice! Plus, I was really intrigued by all the different sex swings on display. To be honest, this was probably the first time I had ever seen so much BDSM and fetish merchandise in one place. Also, while we were inside the shop, one of my favorite songs ‘Chandelier’ by Sia came on. Using a sex swing is probably not what Sia meant when she sang about swinging from a chandelier. At least I do not think so… 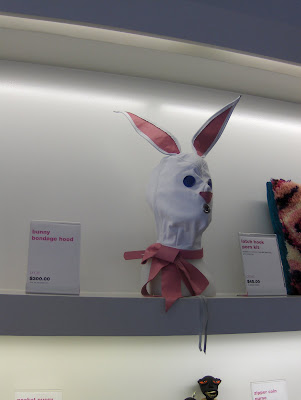 I thought the Donnie Darko bunny mask was as scary as it gets. I was wrong. 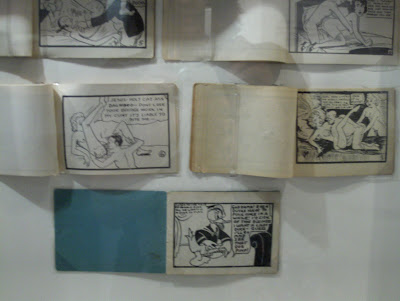 As a perfect example of why I needed a partner in crime, they had Real Dolls on display that you could touch. I was going to try it out of curiosity, but then another Creepy Loner Guy came up and rubbed at the female, and it was just creepy as hell. So, yeah, I wimped out. I regret it! 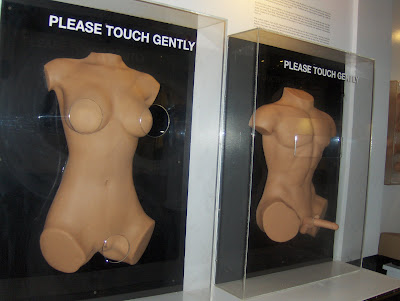 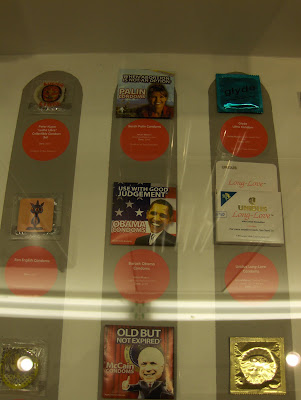 For those of you who can’t read it, Sarah Palin’s says “When abortion is not an option,” Obama’s says “Use with good judgement,” and McCain’s says “Old but not expired.” Though I like my sister-in-law’s suggestion for an Obama condom – “For when hope is not enough.”

The final exhibit was on animal sexuality, so I definitely spent the most time in there geeking out. It was odd reading all the information and seeing names of people that I not only recognized, but have actually met. I knew a lot of the stuff, but I learned a lot of fun facts. Did you know elephant clitorises are 17 inches when erect? Well now you do, and you can’t forget that. Again, you’re welcome.

I was a bit disappointed they didn’t have anything on copulatory plugs, though. Who doesn’t want to learn about natural chastity belts?! I’ll have to send them my paper once it’s published.

On the way out, I was greeted by a cute mime wearing nothing but an American flag speedo on stilts. Yay New York! 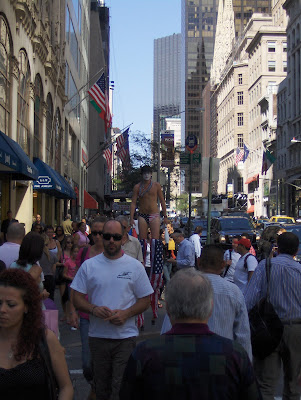 My next stop was the Museum of Modern Art, or MoMA. I absolutely loved it. I didn’t research it much before going, so I was shocked by how many famous pieces were there. Persistence of Memory, Girl Before a Mirror, Christina’s World, I and the Village, the Campbell Soup Cans… I was overwhelmed. I literally got goosebumps when I turned the corner and there was Starry Night.

But I also enjoyed the less traditional modern art, partially for its silliness. I mean, how can you not like Yoko Ono’s wall of butts? 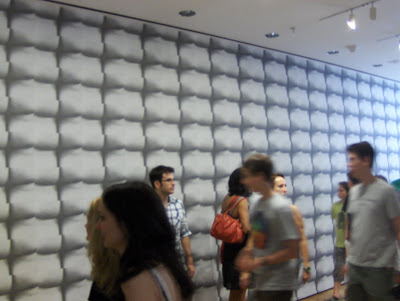 The best part was the young girl who was pointing at the butts giggling like crazy, trying to point it out to her mom. In French. I don’t speak any French, but it was like the universal language of juvenile humor.