Not sleepless, though. Seriously, my hotel bed was the most comfortable thing ever. Slept like a baby. I think I’ve figure out my sleep problems: stop sleeping in beds that are older than I am.

Anyway, Seattle and the University of Washington was a lot of fun. The whole time I was there it was sunny and in the 50s, which felt balmy after coming from below freezing weather. On the downside, apparently people in Seattle are so used to their gloom and rain that they have no idea how to drive when it’s sunny out. Seriously, the traffic was absolutely horrible. The Olympics, Bon Jovi concert, and Yo-yo National Tournament may have also had an affect (you know people love their yo-yos).

But that didn’t stop me from going on an adventure. One of my readers, Jaki, picked me up so I didn’t have to battle the traffic on public transportation. She sounded sweet enough on the phone that I felt my odds were good that she wasn’t going to turn out to be an axe murderer. We made our way over to the Pacific Science Center and met up with two more of my readers, Jason and Jerry (it was a J-name party!).

I had a lot of fun. Probably way too much fun than anyone over the age of 10 is intended to have in this place. We went to the dinosaur exhibit first, which had a bunch of animatronic dinosaurs. I hate to say it, but they looked crummy compared to the quality of the brand new Creation Museum, which made me said. But then I was happy when I read all of the information and played the games that were actually teaching good science and not a bunch of make believe. 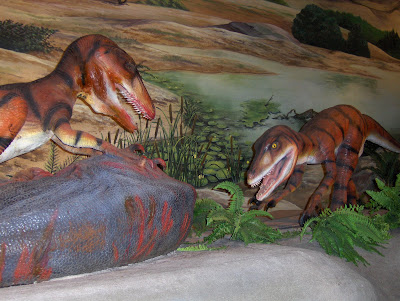 Where are the human animatronics? I’m so confused. This isn’t what I learned at the Creation Museum…

My favorite part of the museum was the big section on genetics. I love science museums like this because it’s full of hilarious silly games, like this one where you’re a European corn borer and you’re trying to destroy as much corn as possible. Hellz yes. It may be corny (ha), but it cracks me up. How many games do you get to play as a European corn borer?! 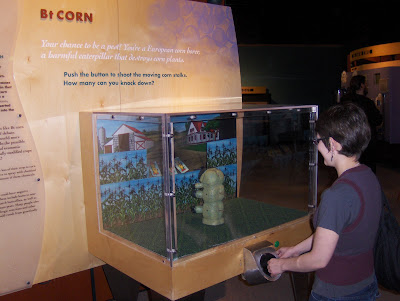 It’s also full of bad puns. What’s not to love? 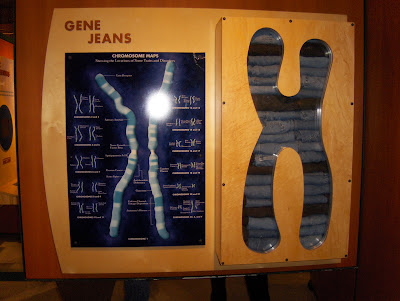 They also had a new exhibit on what it would be like being an astronaut going to Mars. 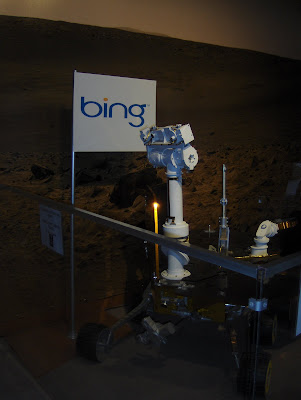 It was pretty neat. They had stuff ranging from gloves that simulated the pressure of space, a low-gravity harness simulator, genetically modified plants. They also asked “Who should go to Mars?” with the makings of a reality TV show: 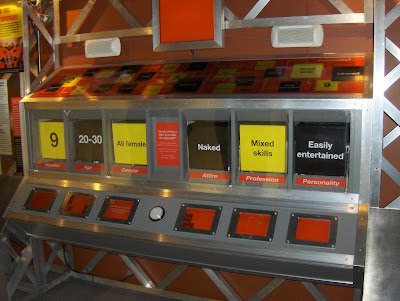 I swear to god I did not do this. Some bored dad was laughing at his creation when I stumbled upon it.

After we had enough of the center, we went and had a nice dinner nearby. It was a ton of fun hanging out with everyone! Unfortunately we didn’t get to hang out at the pub too long, since a bunch of people were waiting for tables, but I pretty much fell straight asleep when I got back to my hotel anyway. Body was definitely still on Eastern time. 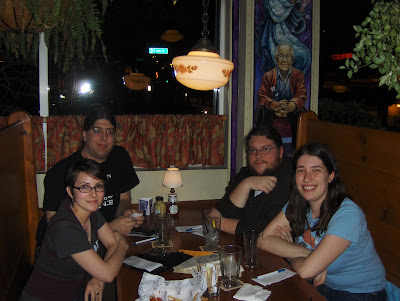 The next couple of days were devoted to my UW interviews. I was with a group of 16 students, and apparently another 16 had come two weeks before. We were showed around the city, got to see some apartments, met a lot of graduate students, and interviewed with professors. I thought their program was wonderful, and I’m still amazed by the high throughput sequencing resources they had. And today I got an email from one professor that I interviewed with that I was officially accepted, yay!

It’s definitely going to be a hard decision. I like UW just as much as Harvard, but for different things. I think I’m going to have to visit Stanford next week, let everything soak in for a bit, and then try to make a decision. Because right now I have no idea what I’d do!

Previous postIndiana mom freaks out about harmless fundraiser Next postCome see me at Stanford!