The next day we went to Epcot, which was a horrible but necessary decision. It was a Thursday, and we knew it would be super busy if we went on any other day of our trip. On the other hand, we were exhausted from the drive and Magic Kingdom. That set the mood for a miserable beginning of the day. Vanessa had lost her driver’s license at MK, so she spent the first hour and a half wandering around Disney trying to find the lost and found office since they would never let her off hold on the phone. 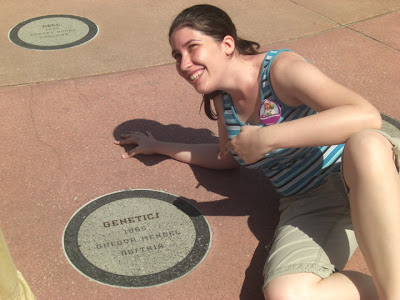 I totally geeked out when I saw this. I was too lazy to get on the ground again for DNA, though.

Ben, Jeff, and I tried to waste time while she was gone, but we didn’t want to go on any of the rides she liked without her. But in the end, it didn’t matter because pretty much every ride was down, including the giant globe-y thingy. So much for embracing technology of the future and all that jazz. I was especially sad Honey I Shrunk the Audience had just been closed, because I had liked that one a lot when I was little.

Eventually Vanessa came back, and we decided the only thing that would make us happy was food. On the way to eat, we ran into Mulan and got photos with her, which made us feel a little better. 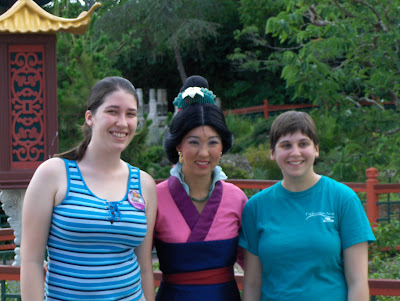 Ben, Jeff, and I ate at Morocco (which ironically was hosting Aladdin and Jasmine…really, Disney? Really?), and Vanessa ate in America. I really wanted to make fun of her for doing so, but she was already ticked off from losing her license that I resisted doing my worst. 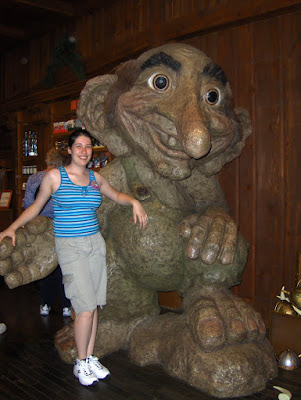 A Norwegian troll, much nicer than the Internet version.
Then the day got infinitely better because we played the Kimpossible spy game, which was the best thing ever. Seriously, the next time I go to Epcot, I’m doing nothing but play that game all day. Basically they give you a cell phone and send you to one of the countries at Epcot, and then you have to find certain things in that country and activate them with your phone. So if you’re standing by the koi pond, then a little waterfall will become activated. Honestly it’s probably just a ploy to lead you into the stores, but it was pretty much an awesome treasure hunt with animated things you could control. I enjoyed it the most – the other three just enjoyed watching me run around like a fool and dance to the spy music. 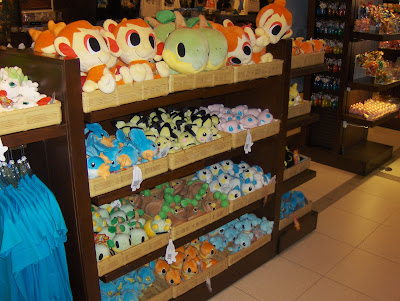 I also love it because it led me to A PILE OF POKEMON DOLLS SQUEEEEE! I bought an Eevee and Snorlax.

Happiness was momentarily dashed when I overheard a ten year old boy say how he wants to find homos and punch them in the face. And then he and his class (field trip, I guess) cut us in line for ice cream. Little bastards. But then I got my humongous ice cream cone, and I felt better again. 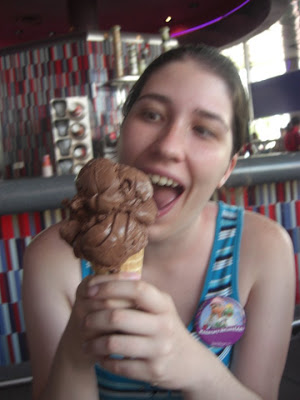 Then rides started working again, so Epcot didn’t suck as much. Ellen’s Energy Adventure was pretty great (Ellen + Bill Nye + Science = Win), and so was Test Track. We also finally got to go on the big globe thingy. Again, it cracked me up that the “future” and “progress” was defined by technology we had in the 90s. Oh, and apparently this is how all female scientists dress: 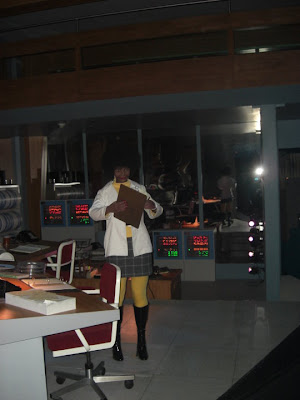 I also got to ride on a segway! I was seriously geeking out about this. I have absolutely no sense of balance, so it was tricky at first for me. Then I started to get the hang of it, so the lady training me was going to let go of the handles.

Lady: Now, look straight ahead, just like you’re riding a bike *lets go*
Me: *starts frantically going backwards* I never learned how to ride a bike! 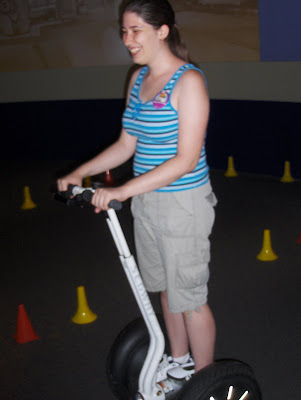 For dinner we ate in England, mainly because it was the cheapest place we could find. Apparently Brits eat nothing but fish and chips, and drink nothing but Bass and Harp. 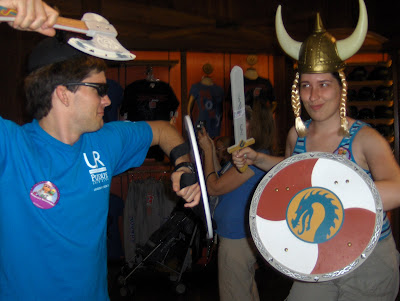 This photo has nothing to do with England, I just thought it was funny.

I was amused that there was a group of about 25 British people eating around us. I still don’t understand why you would eat at your own country at Epcot, especially when it’s going to be the greasy American version of your traditional food. The fish and chips were pretty nasty. Though I was amused at listening to all the children with their cute British accents. Did you know crying can have an accent? This was probably the first time ever a crying, tantrum-throwing child didn’t annoy me, because his screams totally sounded British and adorable! 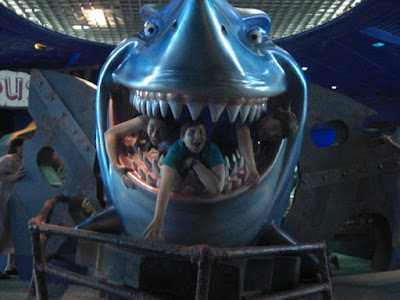 Revenge for eating the fish and chips.
We half heartedly watched the fireworks before limping back to the car. I don’t know how parents with small children do it. I felt like dying after two days, and that was with setting my own pace! 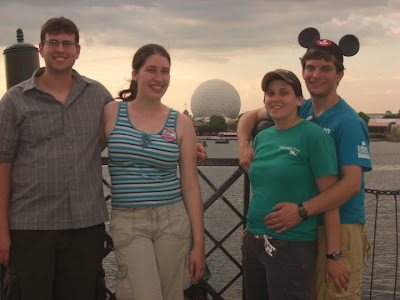