Just moved back into my parents’ house near Chicago. I’ll be staying here until early September, when I’ll be moving to Seattle for grad school. Goodbye, Purdue! It was a good four years. I’ll probably visit at least one more time before I leave for good. As for you Chicagoans who read my blog, make sure to let me know if any skeptical/godless hijinks are going down in the Windy City. I’m sure I’ll be looking for any excuse to escape.

And as any of you who have moved understand, I am freaking exhausted. It’s amazing how much crap you can acquire over four years. It took two cars of stuff back, and probably threw two cars of stuff away. Thanks for helping me pack and move, Dad!

I’m still unpacking stuff here and lying around in a stupor. Until I start my real TAM8 posts, here’s something to taunt you: 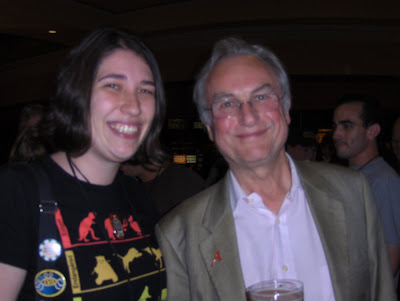 Previous postIf you knew God was real, would you actually worship him? Next postTAM8 Part 1 - Fangirling