The Society of Non-Theists has had a particularly bad time putting up flyers at Purdue. I’ve had events where 75% or higher of the flyers were torn down after 24 hours, and I had to constantly replace them. We only put them where they’re allowed to be, but that doesn’t stop students from tearing them down. Purdue used to allow you to tape flyers to the ground (no longer do, it was an eye sore), and even those went missing. I actually caught someone in the act and tried to stop them, but since he and his friends were very large males and weren’t being too kind to me, I decided my well being is more important than a flyer and backed off. And if the flyers aren’t being torn down, they’re being written on – stuff like “Jesus loves you” and “You’re going to hell.” Interesting dichotomy there, no? 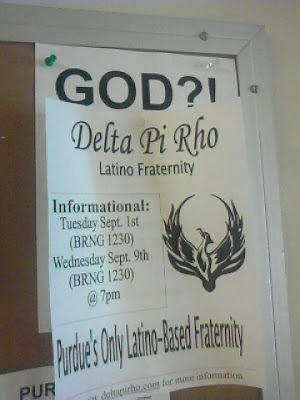 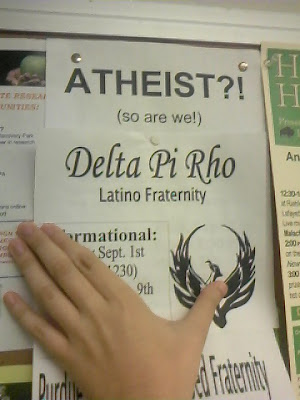 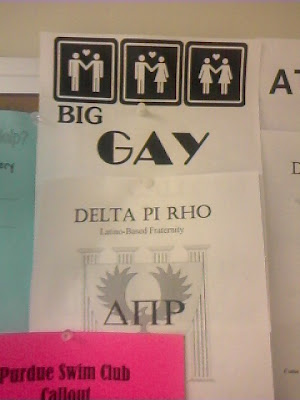