This is slightly belated since I was busy yesterday, but Happy Birthday, Earth! According to James Ussher’s 17th century calculations, God created the Earth on October 23, 4004 BC. We had a mini birthday party at Wednesday’s club meeting, and I made brownies: 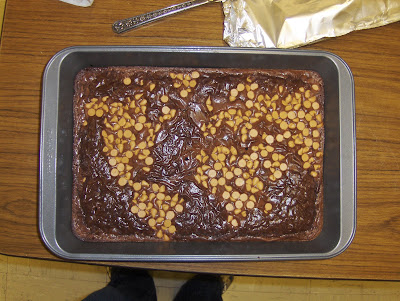 I promise that I omitted Asia and Australia due to a lack of planning, not some deep-seated hatred for those continents.

This is all fun until you realize people actually believe this stuff. Many dates from the Creation Museum were taken from Ussher’s chronology. Because you know, one guy interpreting the Bible is so solid that nearly 400 years of scientific developments doesn’t really matter.

Previous postWho Killed Jesus? Next postH1N1 and Over Skepticism?